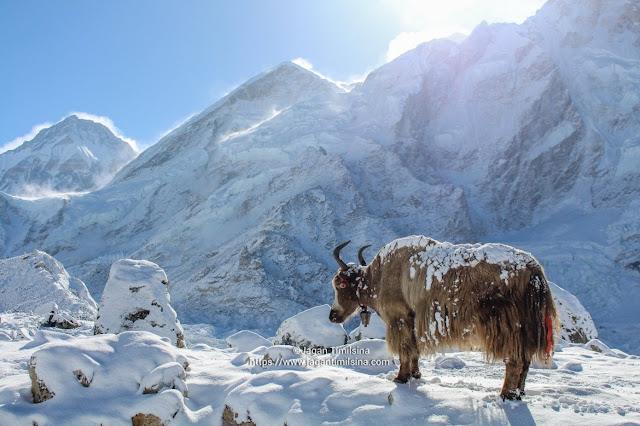 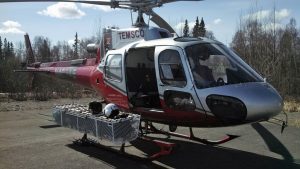 Evacuation - Broken Arm (May 20):  A party of two was hit by falling rock and ice debris while rappelling the Mini-Moonflower climbing route, located on a sub-peak of Mount Hunter.  Despite the fact one of the climbers suffered a broken upper arm, the pair was able to descend to the base of the route on their own.  The injured climber was evacuated to Talkeetna via helicopter and transferred to a ground ambulance for further care.
Short-haul and evacuation – Multiple traumatic injuries  (May 20-21):  A party of two was ascending the West Buttress route on Denali when they fell off the narrow ridge near 16,500 feet down to the Peters Glacier.  Although team was roped together, they were not clipped into any fixed protection.  The fall was witnessed by a guided party, who reported seeing one of the two climbers self-arresting or at least slowing the speed of the fall.
The witnesses immediately contacted the NPS to initiate a rescue.  Members of an NPS ranger patrol responded, but when they arrived at the fall site, visibility had deteriorated and winds picked up.  The patrol returned to the 14,200-foot camp to gather a larger rescue team and technical rescue equipment.  In the early morning hours of May 21, one of the two fallen climbers was spotted descending the fixed lines slowly. After assisting him into camp, the rangers learned that his partner was reportedly stable and awaiting rescue in a large, well-marked crevasse at approximately 15,800 feet on the Peters Glacier side of the ridge, but she was in considerable pain and could not safely ascend or descend.  That morning, multiple ground teams ascended the fixed lines to the ridge, and then descended to her location in the crevasse on the Peters Glacier.  At the same time, the NPS helicopter pilot flew to the site with a short-haul line and a rescue harness.  Rangers and volunteer medics on the ground crew assessed her and then rigged for the short-haul flight to the 14,200-foot camp.  There she was re-assessed and loaded in the helicopter for evacuation to Talkeetna, where she was transferred to a LifeMed air ambulance for further evaluation of head and back injuries.
=====================================================================