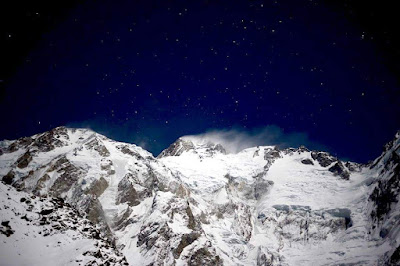 https://www.facebook.com/Patagonia-Vertical-563620956987849/timeline/
Jorge Ackermann and Tony McLean have completed the first one day ascent of El Corazón, climbing it in 20:30hs. They started at 5AM, reaching the summit at 1:30AM. To avoid the crux aid pitch they made a traverse/pendulum over to the left. The first ascent was done by the late Kaspar Ochsner and the mythical Michal Pitelka back in 1992. In 2011, Nico Favresse and Sean Villanueva did what should be considered the second ascent, climbing the wet lower third via a line further left, on-sighting the entire route in 28hs. Iñaki Coussirat and Carlitos Molina did the third ascent in 2013. Jorge and Tony used doubles to #3 and one #4.

Andrew Rothner, Mikey Schaefer and Josh Wharton have done the second free ascent of the Southeast Ridge of Cerro Torre. Andrew lead the crux on his second go, while Josh followed it first try, and Mikey also followed it free on his second try. This was Andrew’s first alpine climb... David Lama did the first free ascent, back in 2012, climbing with Peter Ortner.
Three other parties climbed the route, Argentines Gabriel Fava and Martin Lopez Abad, as well as Swiss Roger Schaeli with three other friends (names?). All of them climbed the Haston crack (aid) as opposed to Lama’s free variation. All parties climbed the Lama-Ortner variation in the headwall, rather than Hayden Kennedy and Jason Kruk’s original line. More details about these ascents as soon as we have them.