Himalaya Fall Wrap up - Success on Manaslu and Cho Oyu. Difficulties on other peaks - Raheel A
Gerard Ottavio and Joel Deanoz die on the South Face of the Matterhorn - by Planetmountain.com
Kimshung Expedition 2016 installed in base camp - by Planet Mountain
Iron Mountain 8007 ft - 7500 ft gain - Descend North West Ridge + Stanley Miller Mine - Meetup 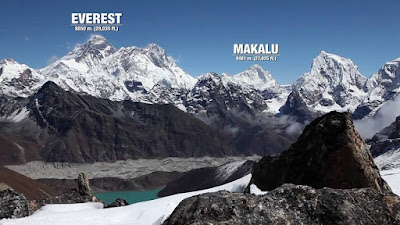 http://www.planetmountain.com/en/news/alpinism/for-gerard-ottavio-and-joel-deanoz.html --  Gerard Ottavio and Joel Deanoz -  die on the South Face of the Matterhorn 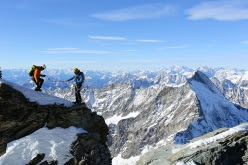 Kimshung Expedition 2016: installed the base camp

Climbers François Cazzanelli, Giampaolo Corona and Emrik Favre are currently in Nepal where they set up base camp at the foot of the giants of the Lang Tang Valley. The goal of the expedition is the inviolate summit of Kimshung (6781m) or the Langtang Lirung (7221m), rising for the first time in 1978 by Seishi Wada and Pemba Tsering.

Parties on Friday September 30, 2016 Milan airport of Malpensa, the Emrik Favre mountain guides, Giampaolo Corona and François Cazzanelli, the latter component of the Section of the Military High Mountain Sports Center Army, arrived in Kathmandu (Nepal) in the morning Saturday 1 October 2016. Ultimate quickly the preparatory stages, the group of climbers approached by public transport to the valley of Lang Tang ascent on foot in recent days to arrive Thursday, October 6, 2016 at the foot of the two massifs of Lirung and Kimshung .

with a day ahead of schedule the base camp of the expedition has been installed in the grassy area on the edge of the large moraine of the upper part of the valley, where climbers will have easy access to water supplies and from which they can easily move to explore the area.

the whole group is highly motivated and in excellent condition. It can not be said of the weather conditions at the time are not optimal and do not allow great visibility. For this the team will wait a few days, resting, before starting the phase of acclimatization and assessment of the condition of the surrounding mountains, on the basis of which impostarà the best strategy on possible targets.

The Italian consortium is currently the first and only present on site and could witness the great commitment of local people in rebuilding and rearranging the damage caused by landslides in the earthquake that struck so important to this valley about a year ago .

More information will be available from next Monday October 10, 2016 when it will begin the phase of acclimatisation 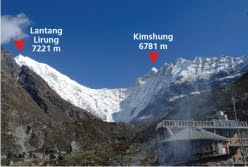