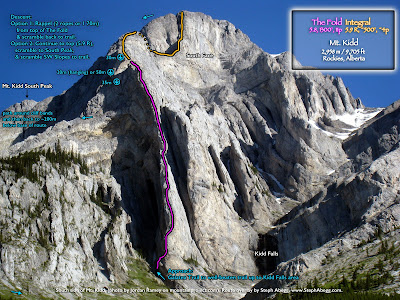 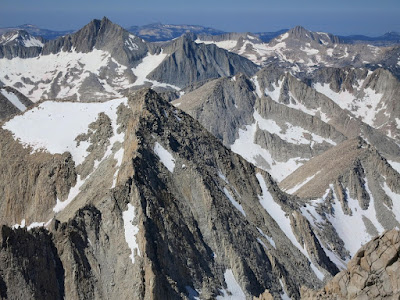 http://www.montagna.tv/cms/112590/cervino-morto-uno-dei-tre-alpinisti-spagnoli-in-salvo-gli-altri-due-recuperata-alpinista-con-gamba-rotta/ -- Matterhorn : One of three Spanish mountaineers has died. One had a broken leg 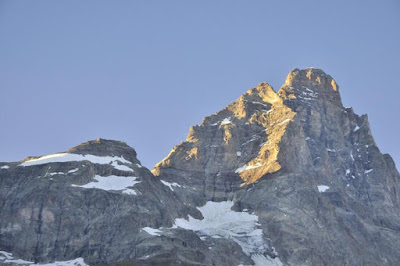 UPDATE, 31/08/2017, 5:30 pm - One of the three Spanish mountaineers stuck on the Matterhorn died. They reported by radio to the Alpine Avalanche Rescue his two climbing companions, who managed to escape by reaching the Capanna Carrel hut (3,830 meters).From Wednesday afternoon, the contact between the three and the single Rescue Center had stopped. They were blocked at 4,400 meters on Jordan's ladder, along the normal Italian way to the summit. Rescuers will recover them when conditions permit. Because of the bad weather, the helicopter can not reach them.Source: ANSAUPDATE, 31/08/2017, 2.30 pm - As reported by AostaCronaca, the rescue team, from the ground to help the Polish woman who had fractured a leg in the Colle del Leone area, managed to recover the mountaineer. There are still some updates about the Spanish rope. UPDATE, 31/08/2017, 12:50 - It was not enough to save the three mountaineers blocked yesterday morning on the Matterhorn, 50 meters below the summit.To complicate the situation of the Alpine Valley of Valdostan now a new intervention has been added to recover a pair of Polish mountaineers who, during the ascent, in the area of ​​the Colle del Leone, at 3,600 meters, towards the Capanna Carrel, have fallen. She fractured a leg. The companion, as they had the drain phones, went down to the Duca degli Abruzzi hut at Oriondé (2,802 meters) to give the alarm. It is not, however, able to provide accurate directions to locate it exactly.As we know from the chronicle of the intervention we are following yesterday afternoon, bad weather conditions, with rain and low visibility, are preventing the helicopter from being used. The rescuers have so decided to land. Of the Spanish rope, however, there is no news yet. UPDATE, 31/08/2017, 10.30 am - The telephone contact between the Aosta Valley's only emergency rescue center and the three Spanish mountaineers blocked at 4,400 meters above Jordan on the normal route Matterhorn.The recovery operations, both on the Italian and the Swiss side, have failed because of the probative weather conditions which, in the meantime, have deteriorated. The rope, engaged in the descent from the summit, had asked for help probably for a problem due to rope damage.Yesterday, until sunset, the Valdostan and Swiss alpine rescue waited in vain for a clear light that would allow the helicopter to approach. The two centers remain in constant contact to be able to assess in the coming hours the conditions for a possible mission.Source: ANSA30/08/2017, 5 pm - A rope of three Spanish climbers is currently blocked on the Maverick on the "Jordan Stairway", along the normal Italian, about 50 meters below the summit, at a particularly exposed point, probably for problems with the ropes. Rescue was alerted in the afternoon.The alpine Helicopter Helicopter Valdostano attempted to reach the three without flying due to bad weather at high altitude. At the moment the SAV, who is in touch with mountaineers on the wall, is considering how to proceed.


http://blogs.dw.com/adventuresports/ogre-by-night-schedule/  --  Ogre by night - A Huber 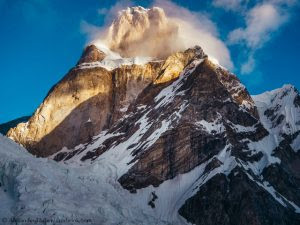