An Attempt to Climb Annapurna 3 + Mt Bretherton, Mt Lena, Cascades WA + From the Matterhorn to the Himalayas

http://mountain.ru/news/index.php?id_class_news=0#22714
Nikita Balabanov. An attempt to climb Annapurna III -- English translation available
Nikita Balabanov:
"Remember, a month ago I wrote that I would see you in a month? So it's time to talk about our recent adventures

Perhaps many have seen a cool documentary about the attempt of the team of David Lama and to climb the crest of Annapurna III in the SE. For myself, I noted this line even earlier, after an attempt by the British team 9 years ago.
In general, we decided with Mikhail Fomin and Vyacheslav Polezhayko to try our hand at this unique line.
Why unique? Because these are 3 vertical kilometers, stuffed with completely different types of complex terrain: waterfall ice, vertical snow, openwork snow ridges, a cool mix, ITO as on the Crimean sixes and tropilovo to the waist, if completely boring)))
In general, the mountain checked us as best it could: )
Startanuli after snowfalls, and although the odds were given on one day of good weather, the mountain did not have time to clean. I had to fight for several days in vertical snow with poor insurance. As a result, the key part began later than expected. On the sixth day, I realized that I had small frostbite on my legs, and decided not to aggravate. We finished somewhere at 6300-6350 and went down for another two days. Was it difficult? - Yes!
Will we be back? - Definitely! 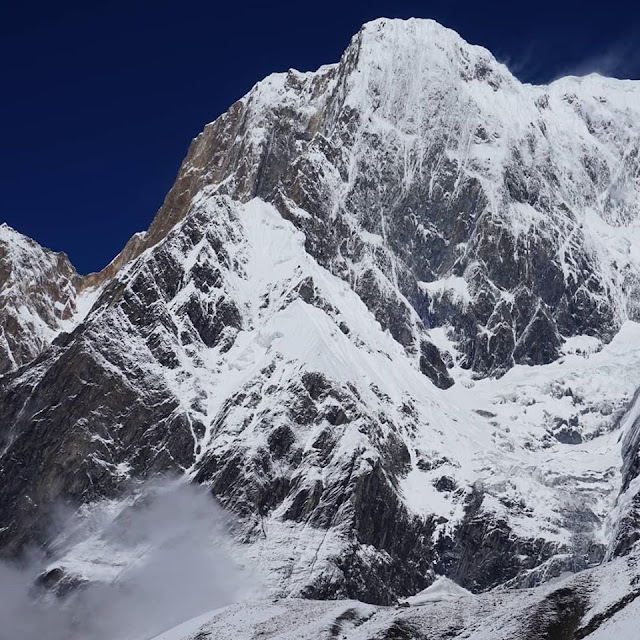 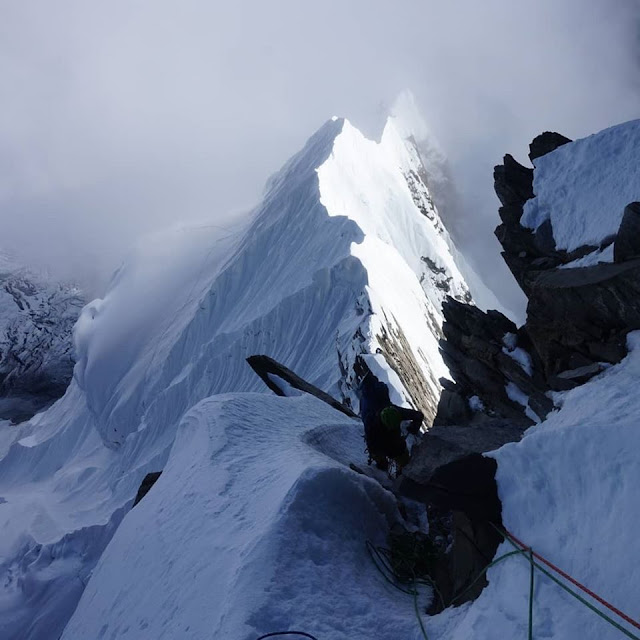 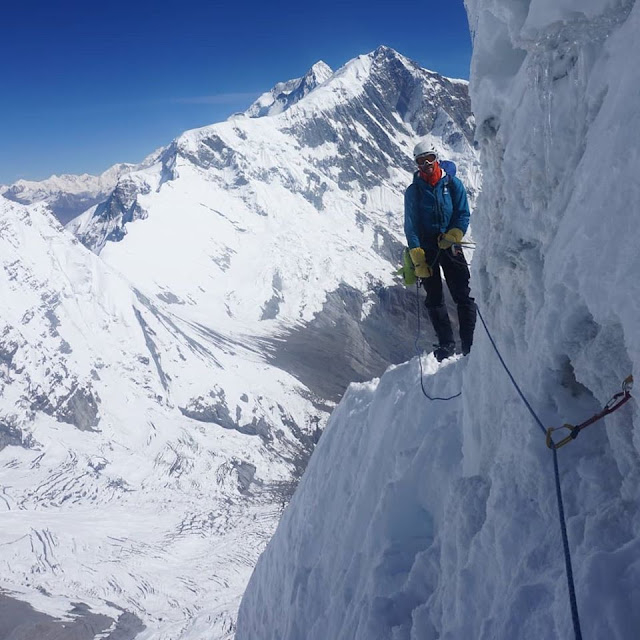 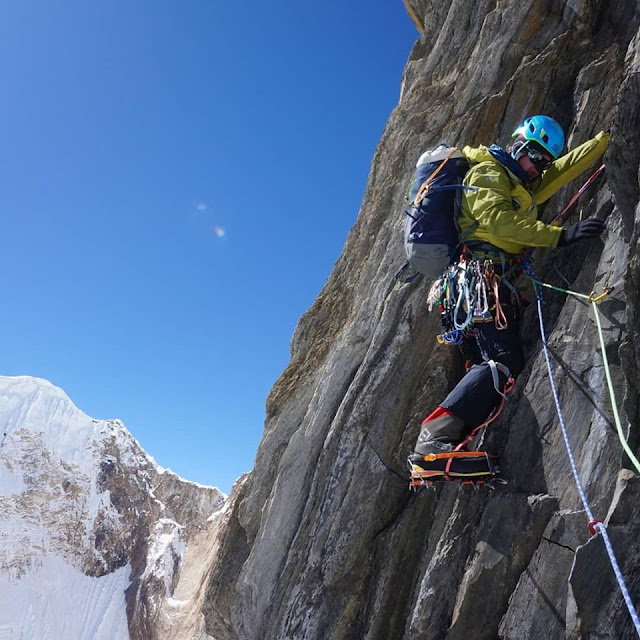 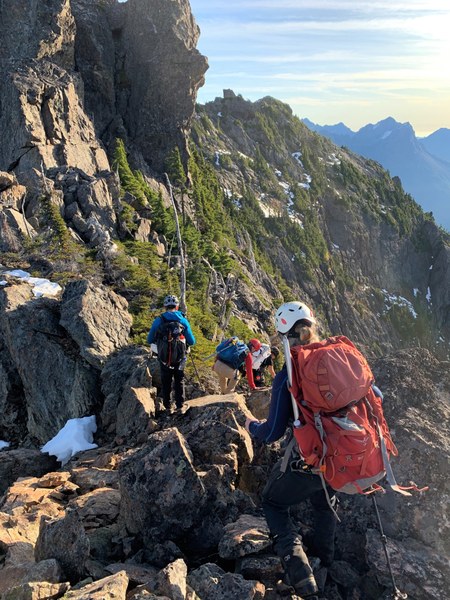 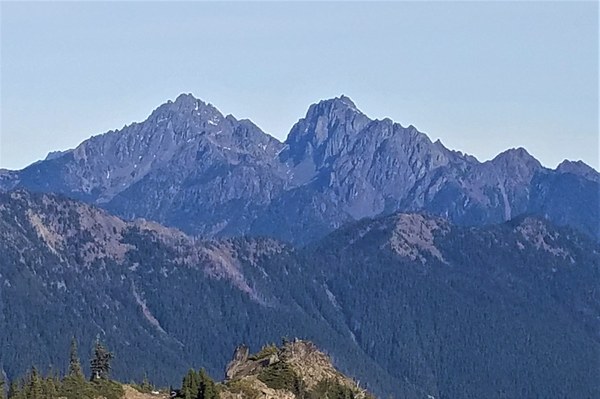 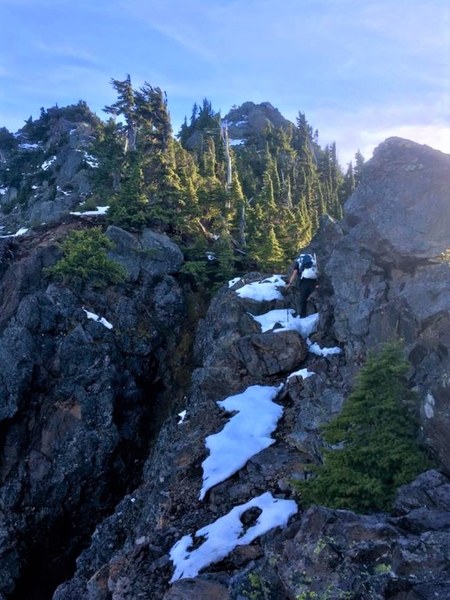 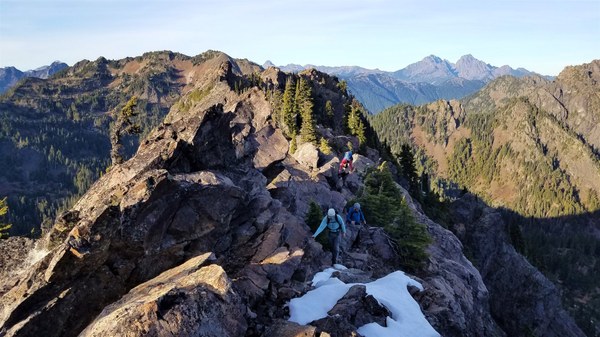 https://top1communication.wordpress.com/2019/11/07/cazzanelli-cai-castelfranco-treviso/-  From the Matterhorn to the Himalayas  --  English translation supplied

UPDATE- On Nov 7 around 2:30pm Sequoia and Kings National Park located Alan Stringer deceased at the top of the Darwin glacier, near the base of the notch to go up Mount Darwin. Sequoia and Kings will be conducting the investigation and recovery.
NORTH LAKE (INYO NATIONAL FOREST), CA. November 7, 2019 – On November 4 (evening), Inyo County Sheriff’s Office received notification of a missing hiker. The reporting party said that Alan Stringer, a 40-year old man from Huntington Beach, had planned on hiking somewhere out of the Bishop area on Sunday but failed to return home on Monday.

Stringer, who was described as an experienced hiker, did not disclose his hiking plans or potential routes. However, he recently purchased and ice ax and crampons, and participated in mountaineering training courses. Stringer was equipped for day-hiking only; he had an InReach device that he hiked with, but it was never activated. After checking trailheads throughout the Bishop area, Sheriff’s Deputies located Stringer’s vehicle at North Lake shortly after midnight on Tuesday morning.
On Tuesday a forensic analysis of Stringer’s cell phone activity revealed only one call very early in the morning from downtown Bishop on Sunday November 3 (before his planned hike). Inyo Search and Rescue used aerial support to fly the areas near and around North Lake.
On Wednesday ground teams searched the areas of Piute Pass, Lamarck Col and Mt. Emerson. Aerial reconnaissance with night-vision capability was used Wednesday night.
Today ground teams will continue to scour the areas near and around North Lake, paying extra attention to Wonder Lake Basin, Lamarck Col, Mt. Lamarck summit, and Mt. Emerson. Aerial support will be used again today (H-40 out of Fresno). Sequoia and Kings National Park is running a joint operation concentrating on the following locations: Darwin Canyon and Mount Darwin.
If anyone from the public has seen Alan Stringer (particularly on Sunday November 3) and can provide us with a more conclusive hiking route please call 760-878-0383 option 4. We do not have a conclusive description of what he was wearing but he could potentially be wearing a bright green “puffer” style jacket or a dark green light-weight jacket. His ice ax is lime green. Stringer is 6’04”, 230 pounds with brown hair and hazel eyes.

Pleasevisit my website
http://www.hiking4health.com
Posted by Cy Kaicener at 1:08 PM