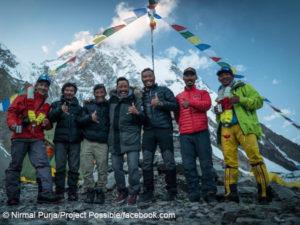 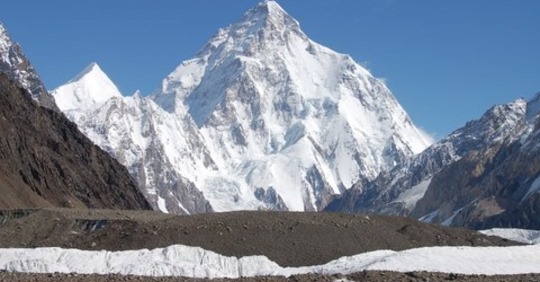 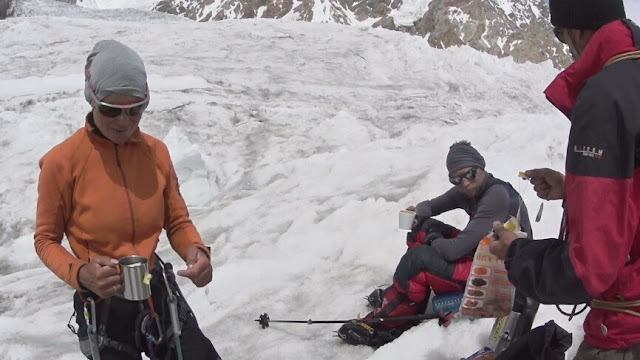 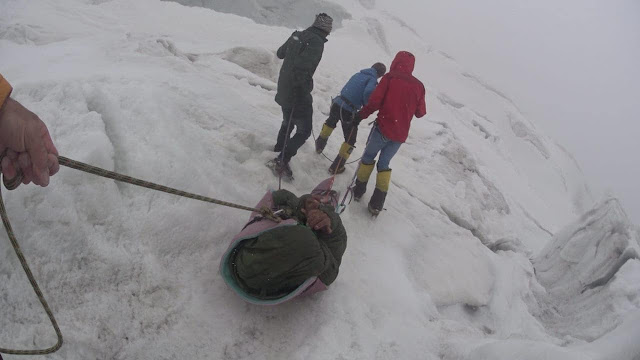 Alan Arnette is with Paul Guerra and Gaspar Navarrete.


After a difficult night, actually the last 3, I was wide awake at 2:00 am for our climb of Bolivia’s Huayna Potosi (19974'/6088m). The weather has continued to be unusually bad for the "dry season”, mid winter below the equator.
I laid in my sleeping bag listening to my teammates getting ready - putting on layers, drinking tea, eating a light breakfast. We all stopped as winds, well over 50 mph, buffeted the small wooden hut at 17,000 feet. The sound was foretelling.
As I pondered my declining health, I reviewed in my mind over 35 major climbs during the last 25 years of my life. Never once had I not at least tried. Never once had I simply said, “no way” and went back to sleep. And today was not going be the first.
Small rope team by rope team left the hut in full layers, most with mittens and googles. Each headlamp exposed the spindrift the high winds threw high into the air. The good news was after three days of heavy snow, the sky was now perfectly clear. A necessary but not sufficient condition for a nice night of mountain climbing.
Paul and I left the hut and steadily made our way higher. I intuitively knew something was not right with my body. I quickly exhausted my bag of tricks to get into a rhythm, calm my mind, be in control with short simple steps but a steady stream of oxygen was as elusive as a moment of calm wind as we reached 17,500 feet.
I told Paul I was struggling. He already knew. He was in the bunk next to me in the hut and told me later that he had listened to me fighting hard just to breath throughout the short night - and I was perfectly still.
The other members of our team had passed me by. This was an impressive troop of 30 somethings who were focused, smart and strong. The strongest pair, with their guide, got within 2 hours of the summit. An impressive feat with the big winds and wind chills well below 0F. The others turned back midway though their climb along with almost everyone else on Huayna this early morning.
As for me, yes, I turned back as well. Early, perhaps a bit too early, but I knew what my body was telling me. As I turned to face downhill ready to descend, I paused for over a minute to take in the lights of La Paz, looking for the Southern Cross, and just being quiet, being grateful that I even had this opportunity to make a choice of whether to leave the hut or not.
When I got back to La Paz, at the insentience of Paul and Gaspar, our Mountain Madness guides, I went to a doctor and sure enough I have a throat infection and am now on antibiotics. The theory is my immune system was down a bit (normal on these expedition climbs) and I was exposed to some Bolivian bugs that I had no defense for. In any event, no more climbing this trip.
But I’m content. You see, sometimes the greatest accomplishment is the simple satisfaction of knowing you took the chance, you simply tried. After all, if you don't go, you will never know.

Well our trip to the #Matterhorn didn’t work out. On arriving in #Zermatt I heard there had been a major rockfall on the Hornli ridge. Fixed rope had been destroyed and climbers had been killed. As a guide, having to make decisions on safety is the most important thing we do. To cancel the climb was an easy decision to do.


Instead we went to the Rifugio Val d’Ayas and climbed the superb Half Traverse of the Breithorn. I’d actually forgotten how good it was.


I won’t be going back to the #Matterhorn this season. I don’t feel that it’s justifiable with the current temperatures melting the permafrost and increasing the chance of rockfall