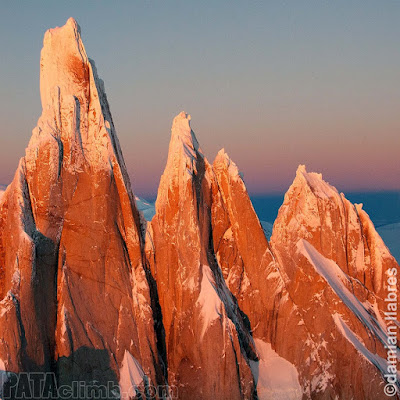 Yesterday, the Canadian Marc-André Leclerc stayed a little to make the first lonely winter de La Torre Egger. Climbing for the east face, following the line joining the Italian attempt with Titanic, Marc-André came just 200 meters from the summit. Poor conditions on the first day they did lose a lot of time, since he found rock covered by snow and very little ice, and only managed to reach the glacier pendant. The second day achievement move well and came to the foot of the fireplace at the end of the headwall. Not wanting to navigate that last section at night, he decided to sleep there. At 5 am it started to snow with strength and could not do anything else to lose. The descent was epic, with a lot of spindrift and long periods without any visibility. Without words...Considering all the changes that have occurred in the last two decades, which have resulted in a summer version of the massif more " domesticated ", it is not surprising that, in search of adventure winter lonely visits become something " usual ". impossible Don't remember the ascension lonely winter that made yasushi yamonoi del Cerro Fitz Roy it is already more than a quarter of a century...Yesterday, Marc-André Leclerc came very close to completing the first solo winter ascent of Torre Egger. Climbing via the lengthy east face, following the “Winter Link-Up” into Titanic line, he reached a point 200 meters below the summit. On the first day bad conditions slowed him down significantly. He found snow covered rock and little ice, so he only made it to the top of the hanging glacier and slept there. On day two he moved well and he made it to the base of the ice chimney at the end of the headwall by nightfall. As he did not want to navigate the last section and mushroom onsight in the dark, he spent a second night, hoping to tag the summit the next morning. At 5AM it began to snow quite hard so he was forced to descend. He rappelled in heavy spindrift, sometimes in the complete “white room”, but made it down safely. A very impressive effort to put it mildly…Considering all the changes that have happened in the last two decades, resulting in a much “tamer” summer version of the massif, it is not surprising that, in the search for adventure, winter solo climbing has become “a thing”. In talking about this, it is impossible not to remember Yasushi Yamonoi’s solo winter ascent of the Californiana on Cerro Fitz Roy a quarter of a century ago
======================================================================== 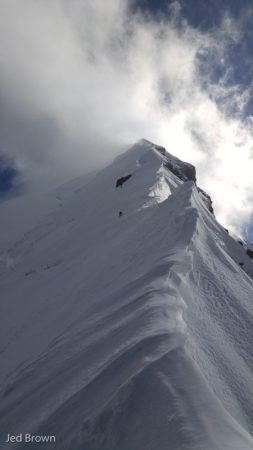